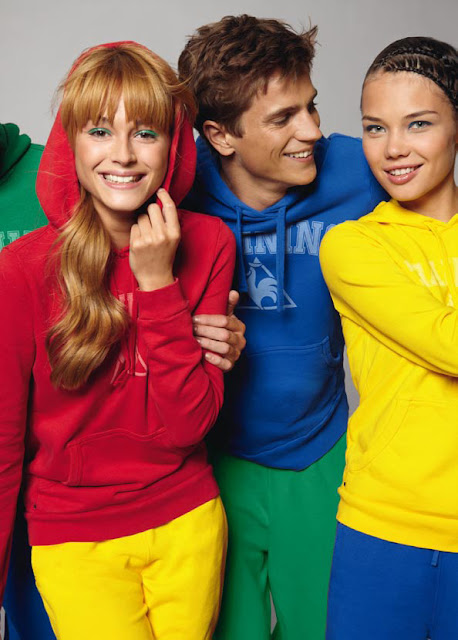 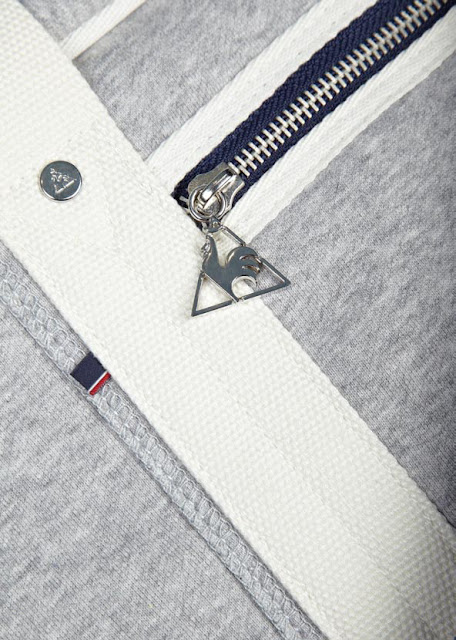 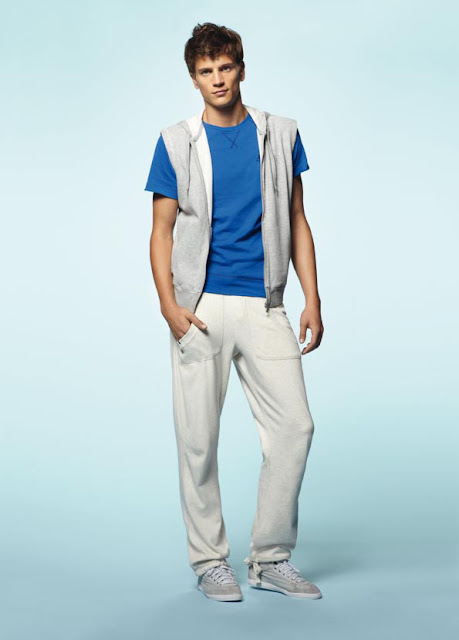 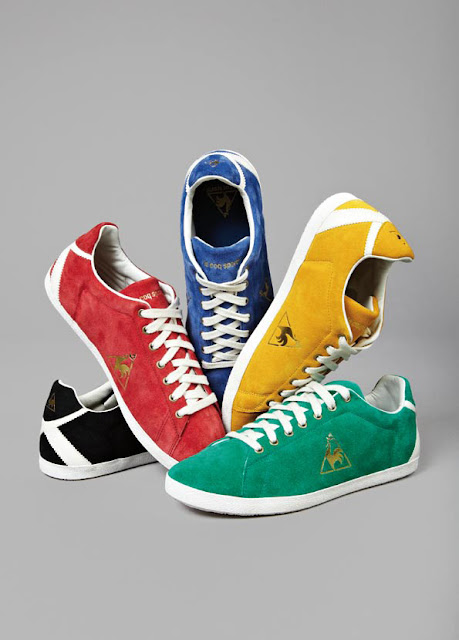 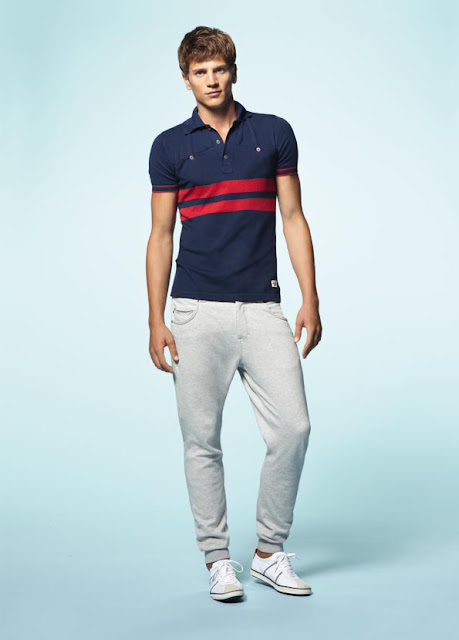 Remember Fruit of the Loom? The brand your Mum always said did the best socks? Well, they did indeed do the best socks…and knickers too! Fruit of the Loom have taken over the US underwear market and are invading Europe with a passion to do the same. The fruity boxers and briefs on offer at Stitch were reminiscent of Diesel underwear and totally caught me off guard! Available now on Amazon and soon in a store near you.
END.
February 23, 2011April 19, 2016Leave a comment

Peter Werth rose out of North East London as a knitwear specialist to become a powerhouse of British design with collections spanning casual, tailoring, accessories and footwear and stocked throughout the UK and the world. Peter Werth was at Stitch punting for business to increase its already heafty list of stockists in the UK including, Baron Jon, Duffers and Scotts. From 1975 to 2011 the brand has evolved to suit a changing fashion climate and today presents Stitch buyers with a unique approach to A/W’11.

A collection that touches on both trends and classics the Peter Werth A/W’11 offering comprises Military, Mod, British Heritage al la Barbour or Henri Lloyd to create a collection with depth, scope and something for everyone. In other words, a buyer’s wet dream.
The look book is moody, urban and supremely British without leaning on gimmick or satire and I love it!
END.
February 21, 2011April 19, 2016Leave a comment
Stitch Menswear unearthed many brands for me, some new, some old and some like Selected that I didn’t expect to find. Menswear is often dubbed an area of fashion that isn’t necessarily trend lead. But when I witnessed a room filled with brands that each had their own version of the Barbour jacket for A/W’11, I beg to differ. Trends may not change as quickly or be as radical as womenswear but they certainly help to shape the menswear fashion sector. Danish brand, Selected seems to defy this rule. Selected comprises two different menswear brands, Selected Homme and Selected Jeans the former being formalwear and the latter casual, both of which have presented something different for next season.

Selected Jeans has taken inspiration from The American Old West for Autumn/Winter 2011. The collection draws on the broad landscapes of California on the Cowboys riding through Nevada and on the dry heat of Texas to evoke an epic feel of the great West. Functional clothing is paramount as the clothing of The Old American West was worn until it fell apart. Bleached jeans and dusty pallets dominate a collection made to last but one that looks like it may not.

Selected Homme is a little more modern. The Modernist collection draws from timeless retro classics from 1950s and 60s Mod London. Slim suiting inspired by Saville Row tailoring pays homage to the Golden era of men’s tailoring. Suits teamed with duffle coats and Vespas kick in retro and youthful rebellion.
Stocked: Denmark, Germany, Finland, Iceland, Norway, Ukraine and Sweden.
END.
February 16, 2011April 19, 2016Leave a comment
I spent last Sunday at the opening of Pure London and Stitch Menswear A/W’11 trade shows. I saw so many brilliant brands hoping to make it this A/W, some from the past and some brand new. I’ll be posting some juicy look book scans soon from some of my favourite brands but first, a general round up of my day.
I got there at just before 11 and immediately set out to see who was on offer at Stitch Menswear (the UK’s only dedicated menswear trade show). I found LUKE, Peter Werth, Kappa and even La Coq Sportif! Anywho, more about the brands in coming posts. As well as sampling the merch from the brands on offer I attended some seminars and talks across the event held in both Earl’s Court and Olympia. In Earl’s Court I was among the hundreds that crowded around the Pure Spirit Inspiration Stage to witness the unveiling of Katie Price’s latest fashion label Day 22. I won’t bore you with a commentary of the clothing as you’ve no doubt heard about it already but what I will say is that Miss Price shouldn’t be underestimated.

After closing the catwalk show Miss Price was interviewed by some journo along with her fellow business partner Lamis Khamis, the designer. Miss Price commented on how she had never been accepted in the fashion world, “ever!”, and looked out to the see of fashion journos and buyers, before she declared that by 14:00pm on their first day of pitching the brand had nearly sold out to buyers! Pretty good going when not one brand I visited that day had made a sale. Katie finished her little interview by calling out to the crowd, “thank you for letting me come to your fashion event”… In other words, she stuck two fingers up.

Straight after Katie was a talk entitled “10 Things I Wish I Knew” which saw Editor of industry magazine Drapers interview, owner of Drapers Award for Best Indie winner, Lewis Yates. But, the talk was a bit rubbish. Jessica interviewed Yates, which was fine, but no top ten tips for indies were ever divulged and Yates have obviously not prepared. I was a little disappointed.
One thing that was of interest was Yate’s hesitation to talk his successful boutique online. I was shocked when he shrugged his shoulders and said it was too much work but upon pondering the answer I suppose it is a lot to talk on if your team is small. OiPolloi of Manchester have a whole floor of their HQ dedicated to eCommerce alone..

Another talk I went to was at the contemporary stage in Pure at Olympia. Here two lovely techies talked through the best ways to use Video media to maximise your eCommerce business. Three types of video were played: the Dorothy Perkins Xmas Stock Shoot which was an example of ‘behind the scenes’. A moody musicy typically Jordan Scott for Prada piece for some indie brand and finally a MyTV interview from mywardrobe.com with stylist Grace Woodward. The three videos aimed to show examples of the ways you can engage a customer with your brand through video media output on your website. The boys talked about the best ways to go it on the cheap including, sourcing independent music from local bands etc. Using basic editing software but not making it obvious you have by keeping edits simple and graphics bold and standard.
I missed the rest because I had to dash for the tube.
END.