Jack and Jones Jumper to pair with the above in case of cold.
Gifted to me whilst at Stitch Menswear

And everything is packed away in here, a sports bag gifted to me by the lovely people at Gola. You can see my recommendation for this bag in VIVA Magazine Winter/Spring Issue.
Happy Easter Holidays

End.
March 17, 2011Leave a comment
The Royal Exchange Theatre held a fund-raising dinner at The Midland Hotel in Manchester. Guess who the special guest was… Amanda Wakeley.
Wakeley is a long time supporter of the Arts, “we’re both in the Arts, Theatre and Fashion.” she told the bronzed crowd, and was born in Cheshire – so she’s practically Mancunian! 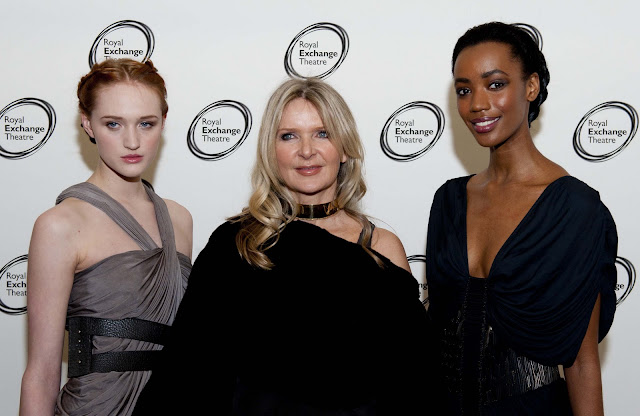 Amanda Wakeley (centre) and two models in her latest collection
Wakeley’s S/S’11 collection has not been seen outside London and choosing Manchester as the first non-capital to UK city to see the designs said something about the fashion kudos in the North West.
Wakeley’s designs were brought forward on BOSS Models (Manchester) models and some rookies. Wakeley told me in the Champagne reception that “some have never [modeled] before and some are old hats at it and will be showing the other ones the ropes”, she looked nervous which was surprising since the Designer and sole Brand owner has had London Fashion Week eating out of her palm for the past two seasons.

There was a smattering of celeb, Shobna from Corrie (whose name I totally forgot but was kindly corrected via Twitter by BlackWhiteDenim), someone from Emmerdale, someone from Brookside, Peter Kay’s mate and Ted Robins. Bonus. 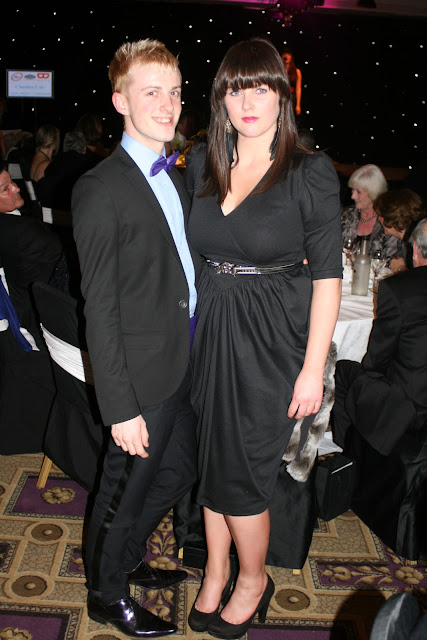 Emma from The Fashion Network and Me.
Emma went for 80s glam in an LBD and I opted for Colour Blocking Black Tie.
Suit and shoes, Topman Ltd 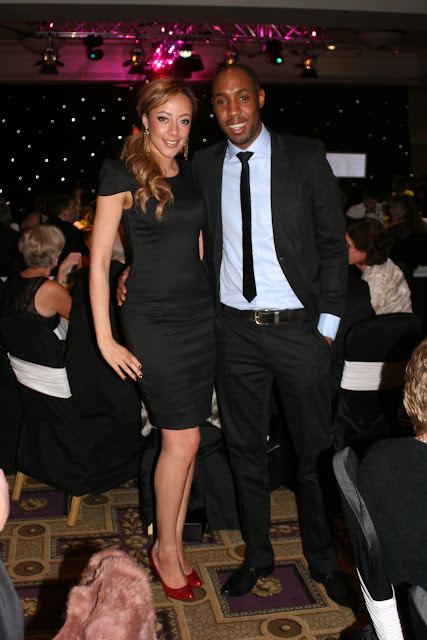 Easily the hottest couple in the room.
Lynda, Health & Beauty Editor for Manchester, London, Leeds and Liverpool Confidential and her other half, Chris.
Jewelery was statement, including one necklace piece that consisted of one gold plate above the breast that caught the light and stunned the room.

Pleats were a plenty with mainly earthy and soft plum hues. Coral and Electric Blue came out on top at the end and gave a signature to the mass of the colours already filtering onto the high street.
Oh, it was nice to chat girl-clothes for once.

Oh and the raffle alone raised £15,000 with £4,000 coming from Wakeley’s bespoke gown gift and shopping experience.